There is something highly satisfying about collecting rubbish.

Litter, trash, garbage, waste, refuse, debris. Stuff people drop on the ground that should go in the bin.

I signed up for the local Litter Picking Patrol around one month ago, on a whim, after seeing them mentioned in a local newspaper. Since moving to this area, I was quite dismayed by the amount of litter on the streets and in local parks, so here was my chance to do something about it, in a very hands-on way. I imagined how nice it would be for my friends, family and clients to walk through the green spaces and along the roads on the way to my house, without these litter eyesores all around.

Within two days, a pair of very friendly Council workers came knocking on my door, and I was swiftly issued with a high-visibility vest, a pair of gloves, a litter-picking grabber, a stack of extra thick blue bin bags, and a specially coded map of the local area. One week later, special green bags to use in park spaces also followed, and last week, I was also issued with a plastic hoop with clips to hold the bags open and solidly in place when I am out on “patrol”.

Who would have guessed there is so much paraphernalia involved with collecting rubbish? I certainly feel like a true litter-picking professional with it all on!

While I walk around spotting anything that is not the colour of nature – an instant litter giveaway – I have the time to ponder a bit, as I grab it with my picker and drop it into the bag repeatedly. Sometimes I enter a peaceful, Zen-like state of meditation, as the wind blows on my face, the sun shines on my skin, I take step after step, and I clear Nature of what does not belong there. This process of identification and purification is very soothing for my busy mind, and gives my body news ways of moving and exploring.

1. Rubbish is generally not very heavy at all. Plastic bottles, empty cans, lollipop sticks, lottery tickets, fast food boxes, bullet-sized laughing gas containers, sweet wrappers, bottle caps, tissues, plastic bags. I can fill a huge blue bin bag with these and easily carry it with one hand. Except for glass bottles. They weigh much more than the other rubbish, and if they are smashed up, they are definitely my least favourite form of litter. They make me worry for my dog’s paws, among many other living beings that walk this Earth.

2. Nature grows in, on and around rubbish. There seems to be a sort of assimilation process that happens where snails start to live in discarded cans, grass grows over old bottles, discarded trouser fabric becomes part of a pathway, and newspapers become a condensed mush that then falls into clumps. The colours on plastic fade and whiten.

3. Fire really shows up rubbish. While fire evidently destroys paper-based rubbish, but once it has burnt out, it really shows up metal and glass. With all the plants gone from an open space, there is nothing on the blackened earth but what should not have been there in the first place. Fire distorts plastic rubbish into gruesome-looking lumps. Plants also start to grow again within weeks of a fire, pushing through the ashes, so there is a finite window of opportunity to collect litter from burnt-out areas. It is VERY satisfying to see the young green sprouts come up in a litter-free open space though. A fresh start.

4. I can make a difference. Sometimes I consider that the people who throw the litter on the ground are one arm of a gigantic human being that we all form part of, and then I am the other arm, who comes and picks it up. This helps me let go of judgment about “them”, and it is as natural for me to clean up as it is for those who drop litter to not use bins.

5. Rubbish attracts rubbish. When I have cleared an area, it takes much longer for it to get strewn with litter again, while areas that I have not cleared pile up with rubbish at much faster rates. This is related to the Theory of the Broken Window Pane, which says that a single broken window pane, if not fixed within a few days or a week, leads to more broken windows, then vandals breaking into the building, and finally the whole building being set on fire. Here is a thought-provoking quote:

“[Vandalism] can occur in any civilized community when communal barriers – the sense of mutual regard and obligations of civility – are lowered by actions that suggests apathy.”

The Litter Picking Patrol is the very antithesis to apathy, and an easy contribution to mutual regard and civil obligations. I highly recommend it.

As I continue on my Litter Picking Patrol through the seasons, I look forward to more revelations coming to me. An unexpectedly wonderful way to collect insight – with the help of a litter-picker! 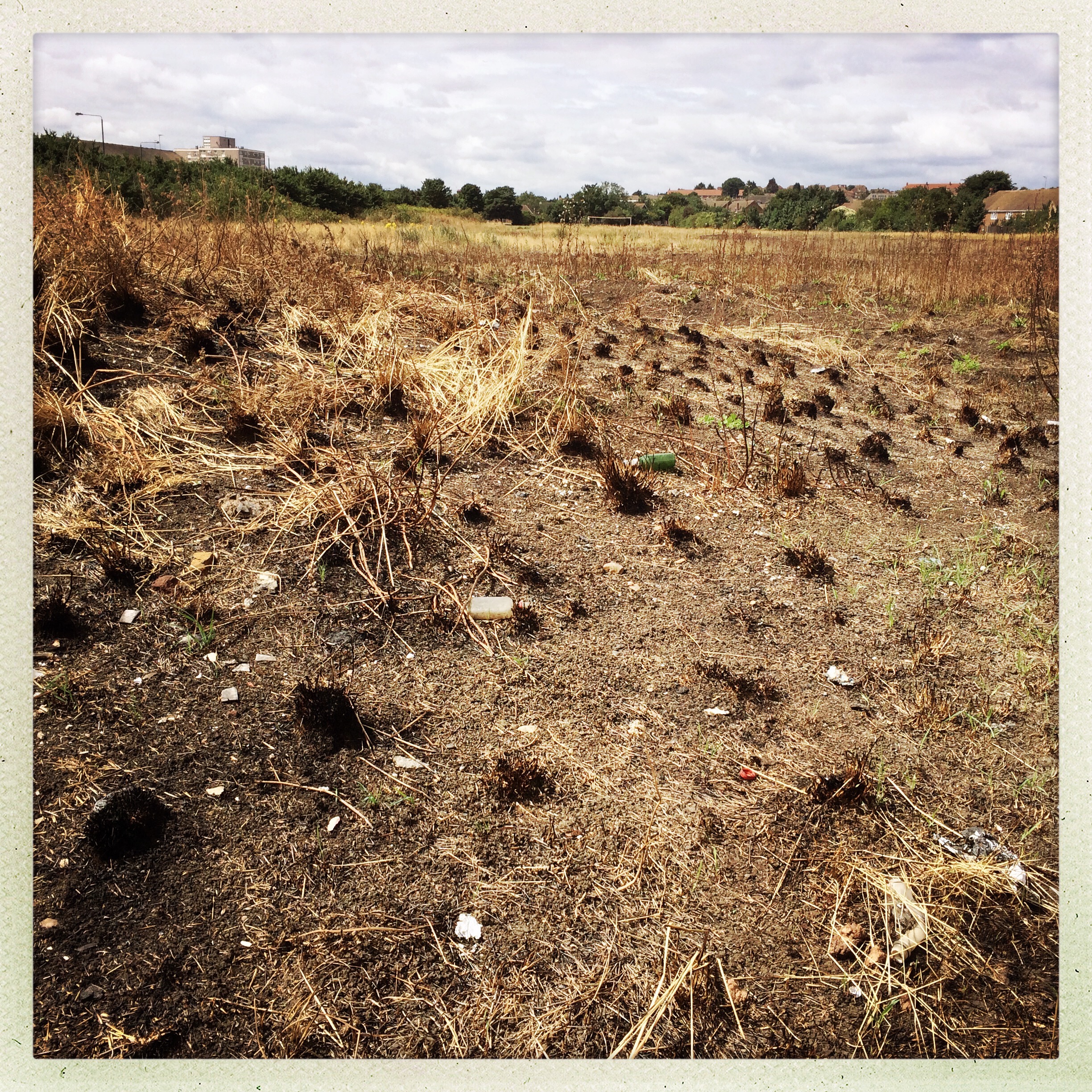